Smudging is traditionally and more commonly known among First Nations as a ceremonial burning of one or more medicines gathered from the earth, an important tradition passed down from generation to generation.  In the world of HVAC, smudging is a term used to describe the result of secondary room air being induced or drawn into the primary air stream along the ceiling.

Smudging is a result of dirt being deposited on the ceiling, a common problem in all types of buildings. It occurs more often in some buildings than in others and more often in certain areas within a given building. There are only two sources of dirt within a building:

Dirt is deposited on the ceiling by the interaction of the supply air from the ceiling mounted air outletwith the entrainment of the air within the space. It is the delivery of the primary supply air to the room which results in the conditions causing smudging. However, if there is no dirt present in the supply air or the space, then smudging will not occur.

The conditions created by various types of ceiling outlets and how smudging occurs are illustrated in the following images. 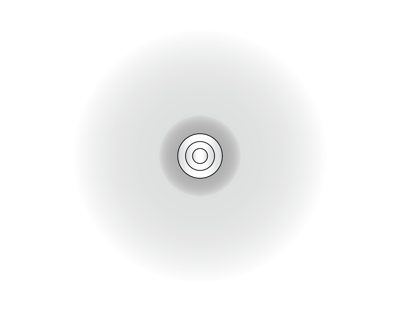 Another popular diffuser type is a square or rectangular model with modular core or perforated face. These models have very discrete directional patterns in either 1, 2, 3, or 4-way flow (Figure 3). 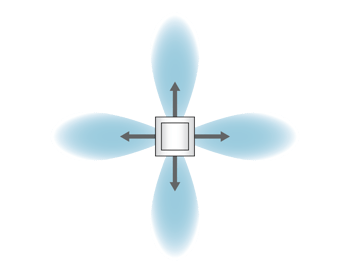 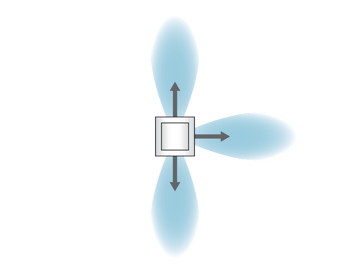 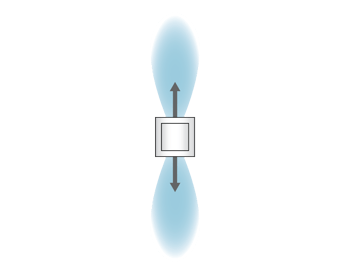 In this case, smudging occurs along the boundary of the air jets with the highest concentration of dirt near the diffuser face (Figure 4). 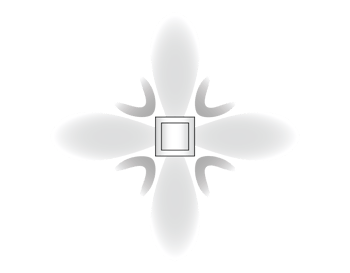 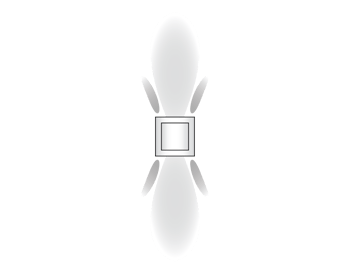 A typical application of a square diffuser with a die-formed backpan and a 360 degree air pattern is shown in Figure 5. 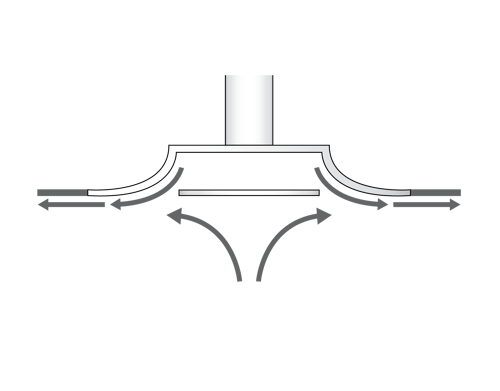 Due to the shape of the outer cone on the ceiling and the airflow characteristics of this type of diffuser, the supply air pattern eliminates the eddy or low pressure area and thus does not have the concentrated smudge area characteristic of other ceiling diffusers (Figure 6). 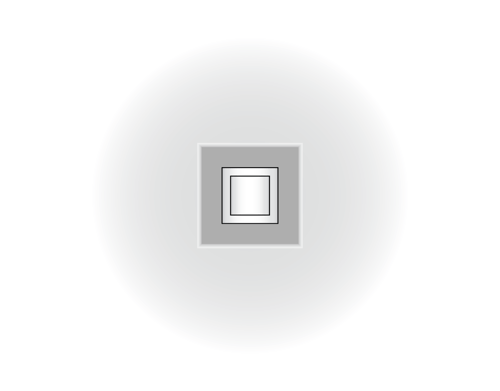 The type of ceiling also has an effect on smudging. A smooth, flat ceiling will help to reduce smudging. A rough or textured ceiling surface tends to concentrate the dirt particles and thus accentuates smudging.

Smudging can be eliminated or significantly reduced by control of the two sources of dirt: the supply air and the space. If dirt is not present in either source, there will be no smudging.

Clean supply air can be provided by the use of adequate means of filtration in the air supply unit and by regular filter maintenance. The ductwork system should be protected during construction to prevent any accumulation of dirt in the ducts. Adequate filtration should be provided during temporary usage. Any dirt which accumulates in the ductwork will eventually show up when the air system is put into operating condition.

Good housekeeping will eliminate or drastically reduce the amount of dirt within the space. However, certain areas within a building are difficult to maintain dirt-free. Areas such as entries, entrance lobbies and similar areas where high traffic rates result in a large dirt carry-over from the outside, require special attention with regard this problem. In these areas the following can be used to reduce the overall effect of smudging:

Where a rough or textured ceiling surface exists due to the architectural treatment, special attention should be given to these areas if smudging is going to be a problem. Such areas may be provided with a special ceiling module for the diffusers which can be easily cleaned.

If reasonable precautions are taken in the selection of ceiling outlets, providing a clean environment and other provisions, the problem of smudging can be significantly reduced or eliminated.